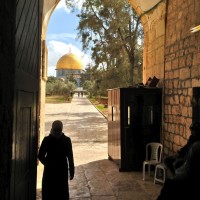 A Muslim is a follower of the religion of Islam, which means in Arabic “surrender to the will of Allah.” An Islamist is usually identified as a person who follows a political ideology that is related to or derived from Islam. While the term is most often used by Western press, it is considered controversial by some Muslims who believe their political beliefs are a natural expression of the Muslim faith.

Soner Cagaptay, senior fellow at the Washington Institute, explains it this way: “While Islam is the faith of 1.4 billion people, Islamism is not a form of the Muslim faith or an expression of Muslim piety. Rather, it is a political ideology that strives to derive legitimacy from Islam. Islam and Islamism are not synonymous, and there is tension between the two.”[i]

Middle East expert Robin Wright says there are more than fifty Islamist parties or movements in a dozen Arab countries. The Arab Spring of 2012 brought attention to many of the movements and their diversity.

Above is an excerpt from The Israeli-Palestinian Conflict, Tough Questions, Direct Answers, by Dale Hanson Bourke.  Published by InterVarsity Press 2013