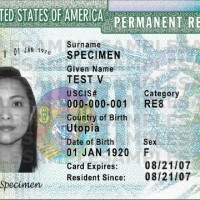 The White House has announced a campaign called “Stand Stronger”a plan to help legal residents become citizens. The campaign is aimed at the approximately 8.8 million Legal Permanent Residents (known as “green card” holders) who qualify for citizenship but have never taken the final step. Because of all the debate about illegal immigration, there has been some confusion about the program. Here are some facts:

2. Legal Permanent Residents (LPR) enjoy all the benefits of full citizenship except the right to vote and hold certain government positions. They can legally work, own property and serve in the military. Unless found guilty of certain crimes, they cannot be deported.

3. Many LPRs do not become citizens because of the cost or fear that they will be unable to pass the citizenship test, which must be taken in English.

The Stand Stronger campaign hopes to partner with organizations that can help LPRs study for the citizenship test. It is a great opportunity for churches to reach out to their community and provide much needed services to those who want to become US citizens. Here’s how your church can become a “Welcoming Community.”